Paul's BBC Inside Out: Plastic Seas

Paul Rose investigates for BBC documentary Inside Out

Marine expert Paul Rose has warned that the vast quantities of plastics which litter the UK's oceans are not only a real danger to sea life but could also threaten humans too.

Paul visits Newcastle, Scarborough and Bempton, near Bridlington as he reports on the problem for BBC Inside Out.

Paul, who presented BBC TWO's recent landmark series Oceans and is one of the UK’s most experienced deep sea divers and marine experts, explains that 70% of marine litter is plastic and that the vast majority of this waste comes from the land. 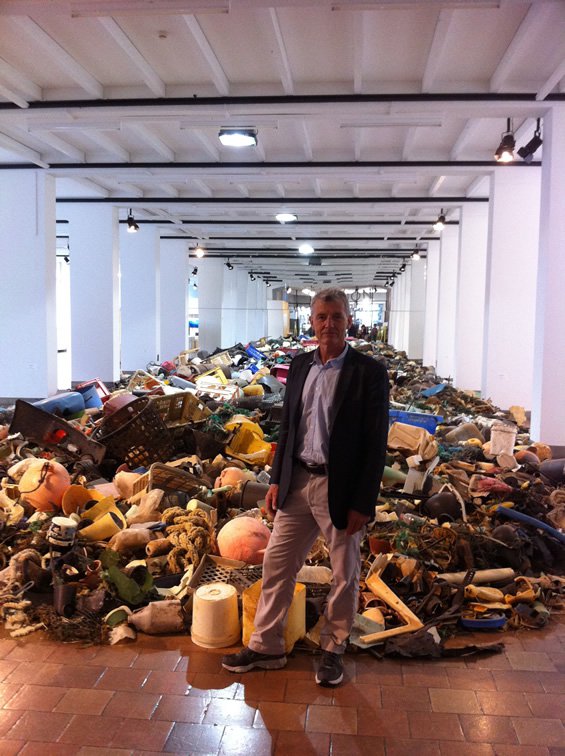 Paul at the Zurich Museum of Design with the amount of plastic that enters the sea every 15 seconds!

He shows that, as plastic waste breaks down in the sea, it is consumed by fish, shellfish and birds with often dire consequences. There are also fears that it could be entering the human food chain.

“I’ve been diving the world’s oceans for over 40 years – and plastic waste is an increasing problem,” says Paul. “It’s out there in the ecosystem, getting into the foodchain, harming wildlife. And as a ‘top of the foodchain’ predator myself, goodness knows what it might be doing to me.”

For ten years Paul was Base Commander of the Rothera Research Station in Antarctica and he was awarded Her Majesty The Queen's Polar Medal for his services. He has led hundreds of oceanic explorations and feels passionately that more could be done to address this serious environmental threat.

“In its raw form plastic is moved around the globe [on ships] as billions of tiny pellets that will be remoulded at a later date. And when these items find their way into our oceans you can see how easy it is for a fish or bird to mistake them for a tasty snack.”

He visits the UK’s biggest mainland gannet colony at Bempton near Bridlington where the birds have learnt to live with the waste, lining their nests with netting and ropes.

Measures are being taken to address the problem and new European directives being introduced in 2016 will mean that everyone will have to work hard to clean up our waters.

But a study in Newcastle has shown that, for some animals, this could come far too late.  The programme visits The Dove Marine Laboratory near Newcastle which has seen the devastating effect that plastic waste is having on bird populations. Paul performs an autopsy on a fulmar, one of the UK’s prize species which is closely related to the albatross, and is dismayed to find a jagged piece of plastic in its stomach. 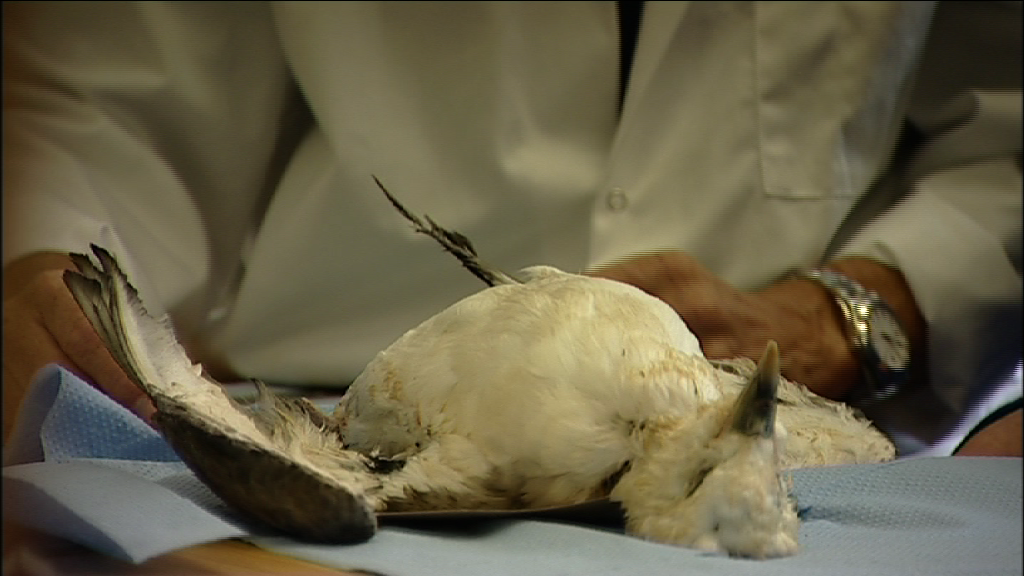 Jan Van Franeker leading the research says: “These larger items of plastic are ... horribly harming our seabirds as they lodge in their stomachs causing blockages which effectively slowly starve the birds to death.”

But some people are making real efforts to improve the situation. At Scarborough, Paul gets his waterproofs on to help out a team of volunteers who regularly scour the beach. After just an hour Paul gathers more than 9 kilos of rubbish. He also praises the Clean Tyne project, who collect around 400 tonnes of marine debris each year from the river, before it can make its way into the sea.

Paul urges us all to take the problem seriously. Says Paul: “The big question is just how far up the food chain this plastic waste will actually go. But there’s one way to minimise the risk to wildlife and to ourselves and that’s to do all we can to stop plastic getting into the sea in the first place.”

Please credit the programme in any copy.