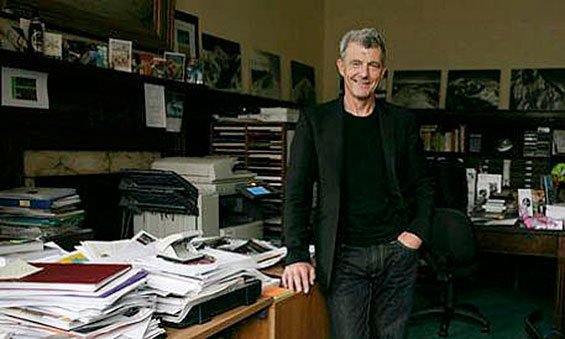 The spirit of adventure has taken Paul Rose from Antarctica to Everest. But as he tells Leo Benedictus, there's still one place he'd do anything to see.

'I fell over skiing yesterday," is Paul Rose's answer to my obvious first question. "I was up in the Lake District ... There were blooming great lumps of grass sticking through all over the place, and I caught a tussock going down. So my right ski just stopped flipping dead, and I kept going. Then I hit the end of the ski with my head."

So just to clarify: after surviving just about every dangerous place in the world, he came home and skied into his own face? "I did, yes," he giggles. "I led with my head."

He is guiding me through the corridors of the Royal Geographical Society, from where all the expeditions of Shackleton, Scott, Stanley and the other great British explorers began. Outside, stumps of snow from Kensington's recent blizzard are still subsiding gently in the rain. But Rose is far from awed by his august surroundings. Indeed all the wood-panelled rooms and long-lost comrades ("Hi! Madagascar in September! Can I come?") seem to have had a strangely hyperactivating effect on him, like too much orange squash on a three-year-old.

"We just walked past the tree that Livingstone died next to!" he announces excitedly on the way up one flight of stairs. We toddle back down again, to absorb some of the great doctor's adventuring spirit, I presume. At last we reach our destination - the library - and sit down. So I set about trying to keep Rose lashed to one topic for more than 20 seconds.

The first thing to check is whether, seriously, one can actually explore the world for a living. Rose insists that you can. "I look upon myself as a modern-day explorer," he explains, embarking on his lunch. "If I'm working for a science organisation, which has been most of my life, then ... you need to be able to get on the ground to make it happen. You have got stacks of remote sensing, from aircraft or satellites ... but you still need to 'ground-truth' it."

In practice, this means that the 57-year-old Rose usually works as an expert in guiding people through extremely difficult environments, helping to put brains and equipment where they need to be. As we talk, the range of adventures this has brought him becomes increasingly impressive. Then jaw-dropping. And soon it is scarcely believable. An Essex boy with no more knowledge of the great outdoors than what he had seen on television, Rose left school at 16 with just an O-level in metalwork and a passion for watching the great underwater explorers on TV. "I knew nothing," he smiles, his eyes wrinkling into skin crevasses, "except that I wanted to be a diver."

As soon as he could, therefore, Rose learned to dive at the Ilford branch of the British Sub Aqua Club, while working at the Ford plant in Dagenham. In the early 1970s, he moved his young family to the midwest of America to take a job making outboard motors. But by then he was already "a massively keen diver, a blooming climber, I was sailing dinghies as often as I could, running down rivers and kayaking in canoes, and running and walking everywhere."

Quickly he began to pick up other jobs: giving diving tuition to schools, then to the police, then to search and rescue teams, then, for eight years, to the US Navy. He also became a qualified climber and guide, leading regular treks in Ecuador, the Cascade mountains and Alaska. He qualified to work underwater too, installing air curtains to keep pollutants from leaking out of harbours, and cleaning filter screens in pumping stations that serviced the local steel works.

"Then, never short of ambition," he chuckles, "I thought, let's buy the permit for the last unclimbed ridge of Everest. The kind of thing you could do in your early 30s." I nod in agreement. Although I am in my early 30s, and I have no idea what he is talking about. In the end, however, Rose's team did not quite make the summit. "We got to 27,000ft," he says ruefully. (Everest is 29,029ft high.) "It looked very close, but we had appalling weather."

Nevertheless, his lust for adventure was still not satisfied, so he applied for a job with the British Antarctic Survey and, as he remembers, "I fell in love with it ... It was just a fabulous blend of industry, science, exploration, mountaineering, diving, new stuff, a clear challenge ... There's a lot of me still in the Antarctic."

Now, without question, Rose was an explorer. He climbed Mount Erebus (Antarctica's most active volcano) to assist Nasa in testing its Mars lander. He dived in sub-zero waters looking for nearshore marine biology sites. "So every single dive was a world's first," he says proudly. He would also depart on regular Scott-like expeditions into the continent's interior. "My job might be to get a scientist into a remote part of the Antarctic a few hundred miles from the south

"You would be flown in and spend up to 100 days with just the scientist, two skidoos, 100 days of food and fuel, and one tent. Travelling around and maybe doing mapping, or geology or volcanology ... Finding ways through complex ice systems where no one has ever been before - or even seen before, except from the air or from space images ... It's so incredibly exciting."

For 10 six-month seasons in succession, Rose returned to Antarctica, eight times as base commander of Rothera research station. The remainder of his year would be filled with equally demanding work such as supporting marine science projects in the Indian ocean, or mining methane with researchers in Greenland, or leading 1,000-strong oil prospecting teams through the deserts of Saudi Arabia and Iraq or the mountains of Pakistan. In the past year, he has also worked on two television series for the BBC - Oceans and Voyages of Discovery.

So surely, despite all his experience, Rose must have got into trouble a few times? "Yes!" He shakes with uncontrollable laughter which I, personally, would not find reassuring if we were alone together in the Antarctic. "I got run over by an iceberg the size of Hyde Park," he suggests as an example. "It broke loose from the pack while we were down [under water], and ran over us, me and a marine scientist ... There was almost 20 metres of ice above us, and we had no [way of knowing] which way to go. And we didn't know how big that berg was. Icebergs are complex beasts, so we were just swimming in these caves, getting shallower and shallower, and eventually found our way out." Was that scary? "Yeah!" Another big laugh. And how much air did he have left when he got out? "Not much longer. Maybe five minutes."

It must have been hard for his wife Sheila (who died in 1999) to cope with his long absences on such dangerous trips? "I think she found it very difficult," he agrees. "As did I. I used to miss [my son] Scott and Sheila just terribly. It's a real double-edged sword, this passion to do those journeys and this kind of work ... But it's not very long, even after the worst expedition on the planet, before you start to think, 'Mmm, I wouldn't mind getting away again ...'"

And, to my surprise, Rose tells me there are still many unvisited places on earth that he can get away to, often as the expedition leader on a tourist adventure. He has already led several new routes up mountains in Greenland, for instance, and even reached the summit of an entirely new peak, which he and his team named Jubilee because they climbed it on the day of the Queen's celebrations. Even so, as far as Rose is concerned, it is studying an area scientifically, not just passing through it, that constitutes true exploration. "So although there are fewer and fewer places unvisited, there's an immeasurable number of places that have been unexplored," he explains. "If you engage with science understanding our planet, the whole exploration word becomes very different."

And though it might have lacked scientific merit, having missed out on Everest, did he ever make it to the poles? "I never got to the south pole," he sighs, "but I got very close on my field expeditions, just a few hundred miles away. And I've not been to the north pole, but I'll get there." He laughs, a little wildly. "Maybe I'll get there in a submarine that pops up, or maybe I'll ski there or run dogs up there. But I'll get there for sure."

To my surprise, however, even reaching the poles would not be Rose's dream adventure. For that, he has something a little more ambitious in mind. "I would do anything today to be up in the space station," he says, perfectly serious for once. "I would sell and remortgage and borrow and kick and fight to be in space." For some reason, I wouldn't rule it out.

Hours "You have to take what comes. And when you work, you're working 24 hours a day. It takes over your life."

Work-life balance "For me, my life is my work and my work is my life. And that cuts both ways, because it means sometimes I can't switch off when I really want to. And I might, for a short burst, look with envy at someone who works nine to five."

Best thing "The satisfaction I get, with a scientist, when my exploring skills can help unlock great global mysteries."