In Antarctica, making the slightest mistake can put your life at risk. It is an unforgiving place. Colder than cold, bleak, a vast wasteland of iciness, its deadliness stretches for thousands of miles.

True, it has been explored and mapped. Yet the minute you step out of your modern base, regardless of all your hi-tech equipment, you’re in exactly the same Antarctica that Scott and Shackleton travelled in. It’s remote and it is hostile.

That’s why Henry Worsley’s attempt to follow in Shackleton’s footsteps and travel across the Antarctic alone, pulling his own supplies, was so impressive. He was a formidable explorer: well-organised, determined and incredibly powerful – not one of those people who just goes off with a dream and not much of a plan. His was a good expedition, and I followed him all the way. It looked as if he was cruising it and sometimes he was even going like the clappers.

But you’ve got to remember those conditions. Even walking outside at minus 40 degrees when you’re well-rested is a very, very cold, potentially deadly experience. For Henry to face those conditions alone every day would have been incredibly tough.

Bear in mind that he had to carry everything he needed. He couldn’t take anything that would add unnecessary weight – such as a spare pair of gloves. And everything you do in those bitter conditions takes effort. Say you’re thirsty and want to get some water out of your bag. 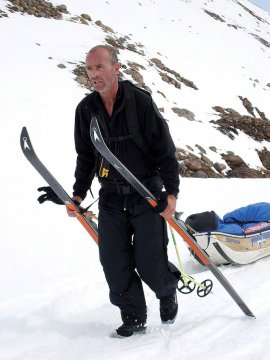 You’ve got to get the bag off the sledge and unzip it. But you’re wearing thick mittens for travelling – warmer than gloves, but offering less dexterity – and you’ve got to take the outer mitten off to reach the zip. Where do you put that outer mitten to make sure it doesn’t blow away? Even the simplest task can be fraught with danger, and the only way to stay alive is with a severe amount of discipline.

It’s bloody hard at the end of a long day spent pulling that sledge. All you want to do is get the tent up, get in and have a warm drink. But the tent doesn’t go up by magic. First you’ve got to secure the sledge, skis and poles so they don’t blow away.

You also have to bear in mind that the moment you stop you are instantly cold, so you have to put on a thicker, insulating down layer. Then you find the tent and secure it – but it’s still just a shelter and minus 40 inside. So you put the sleeping bag in, find the stove and melt some snow. From stopping to getting a cup of instant soup takes an hour and a half.

Mornings are the worst, as you lie there, very hungry, tired and cold and have to force yourself to get up and start the routine over again: melt snow, make food, load sledge. You love the sledge – because all that equipment is keeping you alive – but you are also beginning to hate the thing, the feeling of it rubbing on your hips as you struggle to put one foot in front of the other.

For all its harshness, though, Antarctica has something we love. Frank Wild, Shackleton’s right-hand man said that it calls you back with little white voices, and he was spot on. Once you’ve worked there, it’s hard to resist its siren call.

Some people may say that Henry’s journey was foolhardy. But it wasn’t. For me it is only natural that we should want to explore new ground, no matter the dangers. It is good for us to discover the “ground truth” of the planet for ourselves. Henry’s was a tremendous journey and he very nearly made it. For that, I salute him.

BBC Countryfile recently interviewed Paul about his life, the Pennine Way, the great smell of sheep poo and why lessons should be taught outdoors.
read more 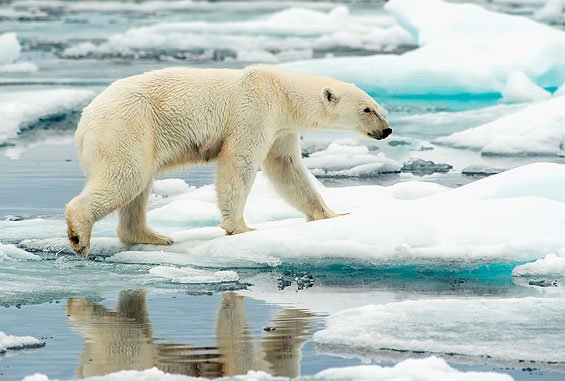 The air blew out of my lungs as an immense weight suddenly landed on my head, neck and left shoulder. In that instant I knew it was a polar bear.
read more
Facebook Vimeo Instagram Twitter