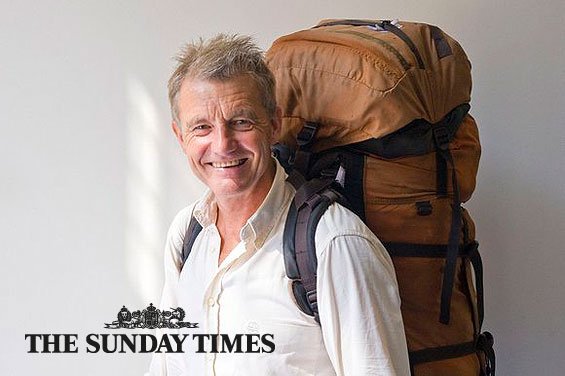 I have been in a few scrapes over the years, but not many come close to being trapped under an iceberg in the Antarctic. From 1990 until 2002, I spent my winters working for the British Antarctic Survey (BAS), and one of my roles was looking after the diving expeditions. One season we lost a piece of equipment in the water near the Rothera research station, so I went down with one of the new divers to look for it.

It was as we banged our heads coming back up that I realised something was wrong. This huge iceberg had come over our position and sunk the buoy with our safety line. Which way to go? It was terrifying. We kept ascending, only to strike more ice, then descending again, watching the oxygen supply go down. Eventually we got lucky and popped out, but I reckon we had about three minutes of air left.

My interest in the BAS started in about 1985. I’d bumped into a guy who was a field assistant there, and his stories struck a chord with me. My wife, Sheila, and I were about to move back to the UK — I was running the US Navy’s scuba-diving programme at the time — but I was looking for a new challenge.

It wasn’t a particularly controversial decision. I’ve spent my life working on expeditions of one sort or another. When I was away, I was away; when I was home, I was really home. Sheila and I had a way of working around it. The Antarctic trips were long, though — at least six months — so it was a big commitment.

In Antarctica, hairy things can happen when you’re in the field. I’d often take scientists into the interior for 100 days at a time. We’d camp on the snow and, when a storm hit, it was like being run over by a steam train. I remember once going out to stop the fuel cans from being buried, and a gust of wind blew my 1,200lb sledge up in the air. I was lucky it didn’t hit me. 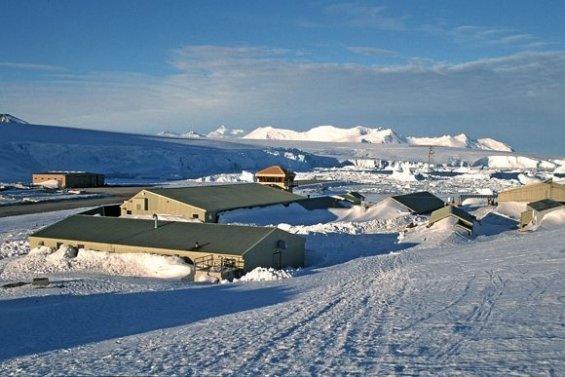 For the rest of the time, though, my home was Rothera, where I eventually became base commander. It looked like something from Star Wars crossed with a factory, and it had the best of everything — brilliant food, a good gym, top labs and about 100 world-class scientists at any one time.

The bedrooms were nice, too, though you had to be good at communal living. You might share with three other people. If they were heavy snorers, it could be hellish. The smartest thing I ever did was to buy made-to-measure earplugs.

Another danger of an Antarctic station is that the days blend into one, so we’d run all kinds of special events. Saturday nights were dinner nights. We’d take turns waiting on tables, then a band would play. I play guitar a bit, so I’d often get a knock on my door — “If you can play this by Saturday and don’t screw up, you’re in the band!” It was a great thrill.

One day, though, I got the call nobody wants; I was told that Sheila had been diagnosed with cancer, and that I’d better come home. It took a week to get back. The following year, it looked as if she would be OK, so I had a shorter season and she flew to the Falklands to join me for a midseason break.

Then we got the bad news that the cancer hadn’t gone. She managed to hang on long enough for my son, Scott, to get his degree, but died soon afterwards, in the summer of 1999.

I came back to Antarctica the following season, and life was so very different. Yet somehow it wasn’t quite different enough. So I left the BAS and set up as an independent, providing science support and guiding expeditions. That eventually led to an opportunity to present science and factual programmes for the BBC.

I actually came quite close to Rothera while filming a couple of years ago. Sadly, we couldn’t get the ship in because of ice. So I haven’t been back yet — but I would love to. It’s one of my spiritual homes.

Paul Rose’s latest TV series, The Pennine Way, will go out on BBC1 across the north of England from April 10, and will be available on the BBC iPlayer. BBC2 will show the series nationwide this summer.