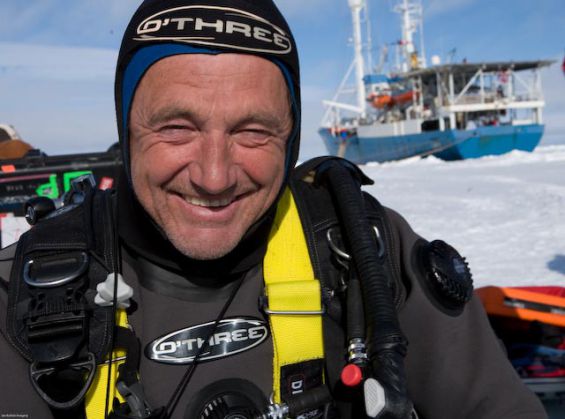 There is a joy about our inspired youngsters. I just love those times when they seem to actually glow with energy, enthusiasm and commitment. And it hurts me when I see our media being too keen to jump on any negative youth story. These sensationalist reports are unbalanced and create unfair stereotypes in people’s minds.

I am very positive about the next generation and their glow is the secret form of energy that will fuel fresh, clever solutions to global issues and will be the driving force behind unprecedented acts of global leadership.

Glow is pretty valuable. We know it when we see it, we know people who don’t have it – so how do you get glow and encourage others to use theirs?

I reckon a good start is to ask ourselves how we got ours. It’s a vital element and we all need to know as much about it as possible. What started that drive, passion, commitment and those dreams you have?

I grew up in Elm Park, Essex and was generally hopeless at school. I remember the early 1960’s when my life’s heroes were in their prime; Hans Haas was using military diving gear to film his fabulous shark documentaries. Mike Nelson was up to his neck in Sea Hunt adventures saving downed jet pilots and beautiful women were hiring Mike for diving lessons. And Jacques Cousteau had invented SCUBA diving, written the Silent World and was exploring the world’s seas on the ultimate diving expedition on Calypso.

On top of that I was motorcycle mad. Obsessed. I used to cycle home from school making motorbike noises as I imagined changing up through the gears with my right foot. I clearly remember the excitement of being 12 and suddenly realising I only had 4 years to go before I could get a motorbike. I read everything about motorbikes I could get my hands on, went to John’s of Romford to be amongst them and caught that massive rush as one blasted past me. I dreamed and imagined it in such a focussed way that I sometimes woke up at night with my hands and feet twitching as I backed off the throttle, dipped the clutch, snicked it down a gear, hit the apex of the turn perfectly and then opened her up on the straight.

By now I had failed my Thirteen Plus, still hated school and knew nothing. Except that I wanted to be a diver and have a motorbike.

I couldn’t have described it at the time but my inner glow came from these two dreams and I had no idea that anybody, least of all a teacher, would actually see this in me and know how to unlock and build on that energy.

I shone at three things in school – trips away from school, sports and metalwork. Those classrooms were not for me; Overheated – I can still smell the hot paint on the radiators. Stale air. Always waiting around. Assembly. Teachers who were only interested in the bright ones. Uniforms. Incomprehensible and dull lessons. I was so bored and full of diving and motorbike dreams that one day I forgot what a margin was and to the delight of a particularly terrible teacher, put my hand up to ask.

And then when I was 14 my Geography teacher stepped outside of the classroom and all the horrors that it held for me, and took the class out to the Brecon Beacons. I remember that as we got closer to Wales he became less of a teacher and more of a mountain enthusiast. This grey, heavy, lumbering teacher in bad clothes transformed into a bright, smiling, solid, cagoule wearing, inspiring man.

I fell in love with that man and the way he shouted at some of the bright lads who were cruising school but were clueless in the outdoors. I was bursting with pride when he bellowed “You’ll lose your life down there boy!” at one of them as he tried to escape the wind on a high ridge by running down an obviously terrible gully. I almost wept when he saw me doing well and told me so.

I shall never forget how alive and in-tune with Nature I felt those days peeling spuds at the Merthyr Tydfil Youth Hostel after a day in the hills.

That teacher actually saw me for who I was and he knew that my glow was motorbike and diving dreams and he knew how to build on it. He used the power of the outdoors. And now I want to make sure that all youngsters are able to have their glow recognised and developed. It seems to me that a good start is to see how it might be quantified.

I dedicate this article to the great (sadly recently passed on) Norwegian philosopher, explorer and founder of Deep Ecology, Arne Naess, who gave me permission to use the term glow in this context and he describes it better then I can with this fabulous equation;

I can’t seem to type an equation on a computer so I have painted it on an old fence panel and taken this picture; 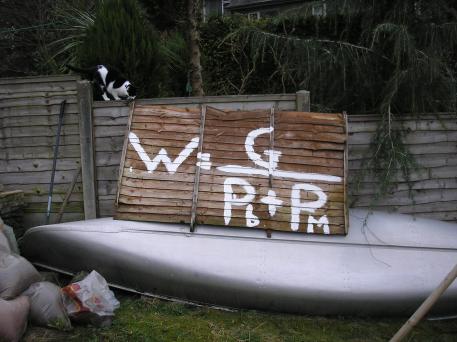 The equation says that Wellness depends on Glow divided by Physical Pain + Mental Pain. It means that with enough glow you can overcome almost anything. QED.

The next generations that I have so much faith in, are going to need all of their inherent glow nurtured and encouraged by all of us. To help them we need to increase the pace of positive public support for our youngsters. The media is far too ready to report negative youth stories and the press letters pages are often a disgrace of unfair, out of balance complaints.

I am convinced that with more reports of our youngsters’ positive activities in the media this will encourage and inspire other youngsters, parents, teachers and policy makers to realise the power of the positive reinforcement of glow. Importantly it will help our society understand that those who have lost their glow are not lost causes.

You must all have lots of great positive tales to tell about our youngsters, so please do everything you can to get these reports and examples in local and national media. I will get the message out in every way I can. Keep glowing!

Paul Rose is Vice-President of the Royal Geogrpahical Society, an Explorer and Broadcaster. His highest academic qualification is a metalwork O level. He has been a diver for 42 years.