The Place
The waters surrounding Portugal’s Azores archipelago harbor some of the most important nearshore, open-water and deep-sea ecosystems in the North Atlantic. Neighboring the Mid-Atlantic Ridge, the waters of this volcanic archipelago also conceal numerous seamounts, which serve as megafauna hotspots and provide key feeding grounds for migrating species including blue and fin whales.

The Mission
In partnership with the Oceano Azul Foundation, the Waitt Foundation, and the Regional Government of the Azores, the Pristine Seas team is conducting a scientific expedition to explore the waters around the Azores — including never before surveyed seamounts. Their goal is to study the marine environments of the archipelago, from nearshore ecosystems to the lesser-known deep-sea and open ocean areas.

Working with leading marine scientists from Portugal and across the globe, the expedition team is traveling to the islands of Corvo, Flores, Pico and Faial, as well as the nearby seamounts that are hotspots for tuna, sharks, whales and dolphins. To fully explore the area, they are using remote underwater video and open-water cameras to record pelagic species, carry out in-situ dive surveys to measure the abundance and diversity of fish, and tag marine megafauna with acoustic and satellite tags. The team is also using use deep-water drop cameras to record and assess vulnerable marine ecosystems around the unexplored seamounts. 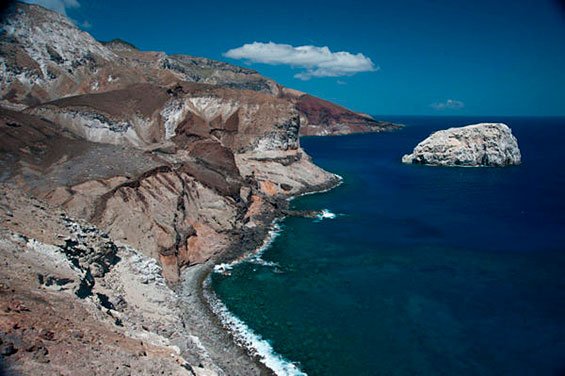